We must learn to recognize the still small voice so that we do not confuse it with the voices of others.

I’m instinctively drawn to the voices of my children even in a crowded room. This ability was much stronger when they were younger and my ears were fine tuned to their voices. I was aware of the sounds of other children around me, but the voices of my boys seemed to overpower any other voice. It has to be a mother–child thing. Being able to distinguish between the voices of your close relatives and other people is also important.

I can recall an experience early one morning when I heard someone knocking on my front door. I knew that my husband should have heard it and was expecting him to answer. After enduring the persistent knocking for several minutes, I realized that my husband wasn’t opening the door and went to see why. I discovered him asleep on the couch, in an almost comatose sort of sleep. I peered through the peephole, asking who was at the door. Not really hearing the voice that replied, I opened the front door. Satisfied with who I assumed the person to be, I sleepily turned around without carefully looking at the person and I walked back to my bedroom. Mumbling, “Please wake him.” After a few minutes, my blood almost froze within me, when I heard a voice say to me “He’s not getting up, Mrs. Adrienne, I’m headin’ out.” At that moment, I realized that I had not truly recognized the person’s voice when I asked, “Who is it?” This voice actually belonged to my husband’s coworker, and not his cousin, as I’d believed when I let him in. I was scared because my husband was in such a deep sleep that he could not be roused, and I was in the bedroom with just a short nightgown on. I didn’t want to go back to the living room, where the visitor was, although it probably didn’t matter since he had already seen me walk back to the bedroom in my gown. After shutting the front door, he was standing inside my apartment. He could have done whatever he wanted to me, my husband was knocked out.

“Oh no! What am I to do?” I thought. From behind my bedroom door, I cautiously said, “I’ll tell him you came by.” I heard the door shut I slowly crept back out, making sure that no one was there, and quickly bolted the door. Whoa, that was close.

Now tell me, it’s not important to be able to distinguish between voices.

Those are just some examples from our everyday world of why we need to be able to distinguish between the voices of people.

But what about voices in the spiritual world? What I mean is, how do you know if God is telling you to do something or if the devil is behind the voice? Maybe it is your sinful flesh prompting you forward. As a young Christian, one has to develop the ear and heart for God’s voice. We have to develop discernment. You do that by drenching your mind and heart with His Word. I know that now. Yet for me, as a young believer, I was not grounded enough to distinguish. I lacked the knowledge of what God expected of me and lacked experience with discernment.

In my eyes, she could do no wrong and certainly couldn’t or wouldn’t lead me in the wrong direction. Well, I was soon to learn that this was faulty reasoning.

My grandmother and aunt talked me into moving back to San Francisco, the very same year that I gave birth to my first son. They assured me that it was the best thing that I could do. It would be the best thing for me to help my mother who was supposedly homeless at the time.

Being emotionally drawn to the idea of a mom that truly needed me. A mother who would breathe a little lighter, when she saw that I had given up every aspect of my life in another city to become her protector. Two months after giving birth to my son, I gave notice to the office manager where I rented. I packed my things and loaded my car and trailer. “I moved to Beverly; Hills, that is.” No, I actually moved to San Francisco, my hometown, just said that for a memorable laugh. Less you forget my voice in this piece.

OK, back to my point. I was on my way to save my mother. Here I was, a married woman, with a new baby. About to shoulder responsibility for caring for my mother and my baby son. It seemed admirable, noble. Come on, it was the right thing to do, or so I thought.

My husband didn’t really give me much resistance, although I think he was a little taken aback at first. Then he rolled the idea around in his head, reasoning that he always wanted to see San Francisco. That fact alone helped him decide to go for it. That would prove to be his undoing and mine.

The voices of my grandmother and aunt beckoned me forward, “Onward Christian soldier.” Looking back, I don’t recall ever asking God what to do. I didn’t know how to ask Him, didn’t know much about His word at that time. I don’t think it really would have mattered anyway because I was on a mission. One that I just knew God would have wanted for me.

Well, I moved to California, into the home of my aunt. The first couple of days seemed to be just fine. My aunt welcomed my husband and me in. She even gave us her bedroom. This surprised me, considering that she was always very tyrannical toward me when I was younger.

After about a week, I started to realize that maybe this was not a good idea.

Although it seemed that my aunt welcomed my husband and me into her home, it became very hostile to my spirit. I had no true say in how the home was run. I was being slowly pulled back into the lifestyle I had escaped nearly 11 years earlier. I began to see things going on around my husband and me that we couldn’t allow into our lives. This decision was threatening to split us. We quickly found an apartment, put a six-month lease on it with our money from savings, and moved out of my aunt’s environment.

Still, we hadn’t heard the right voice. We were in our own apartment, keeping our son safe and working toward getting our lives back together. Then we started losing things, I had an accident and totally lost the only car we had. Which was just paid off 2 months before moving to California. He couldn’t find a government job, nor could he find a decent 9–to–5 job to just pay the electric bill.

It was really a struggle. In my childlike faith, I cried out to God and asked Him to help me. I continued to move towards bettering my situation but began to hear a still soft voice telling me to pack up. I was just so confused about what to do. Then we realized that the neighborhood we’d moved into was not the best place, either. It was clearly a Latino neighborhood, and we didn’t feel welcomed at all. Then up went the cast iron bars around the apartment complex. I was blown away, the owner caged us in, us and every other family that lived there. Now I knew that this was not for me. My husband was feeling so unsafe and insecure, he couldn’t find a job that would pay him much money. He was walking everywhere now. He wanted out of that place.

Then that December my mother died. I saw that God was taking everything away that kept me from hearing His voice. My siblings and I buried our mother, and I began arranging things to get out of California. Now I realized that God had not given me permission to make the move. I hadn’t even consulted His counsel. I couldn’t hear His voice because my mind was so focused on helping my mother. I wanted to change her, to help her live a better life. I now realize that she needed God in her life and that I was trying to be the God in her life. It didn’t work, it didn’t last. The voices of my grandmother and aunt persuaded me to move there, but now I was hearing the voice of God for the first time in this situation. Although I am thankful for the opportunity to have seen my mother before she passed away, I regret not having known how to distinguish God’s voice from all others. 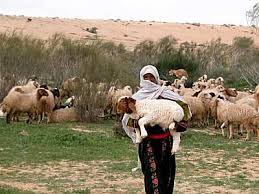 Now I strive to be more like Samuel of the Bible. If I hear a voice, I’m sure to check and ask who’s calling, who’s speaking. I never want to repeat that mistake.

Trip to the Rappahannock River